Things you need to know before generating a Fake Pay Stub

Things you need to know before generating a Fake Pay Stub

People might need a pay stub for their employment or other purpose and use different tools for creating a paystub, but the fake one is always the odd one.

Can A Bank Verify Pay Stubs?

Bank employees might be able to determine if the pay stub is verifiable, but banks will not sign anything to confirm that your pay stub is genuine. There are methods for examining a pay stub and identifying the typical distinctions between a legitimate pay stub and a fake one.

Why Would Someone Want To Fake A Pay Stub?

A person may need to provide proof of their pay and attempt to persuade others that they are financially stable. Consider a landlord as an example. A landlord may ask for a pay stub if they are thinking about renting to someone but are concerned about their capacity to pay the rent.
A person on a low income could choose to forge their pay stub to make it appear in a better income bracket. In states like New York, where renters may need to earn forty times more to qualify as tenants, a fake paystub may be in demand.

What Would It Take To Fake A Pay Stub?

You may fabricate a pay stub in one of two ways: either at home or by using a website that produces fake pay stubs. Making a fake pay stub is lawful. However, submitting a false pay stub as proof of income to get approved for a loan or piece of real estate is illegal.
Some of these websites that generate pay stubs are there to assist people who don’t have access to “regular” pay stubs, such as freelancers. Even though there shouldn’t be any legal repercussions if the daily wager inputs accurate information. The bank will not be able to verify this.
You might access the internet to make a fake pay stub at home. Finding templates that you can download and change electronically is simple. If not, if you know what you’re doing, you may easily make your using editing tools like Photoshop.

How Can One Determine if a Pay Stub Is Fake?

There isn’t a QR code or anything similar that you can use to check a pay stub, but you may keep an eye out for these frequent errors that are frequently present on fraudulent pay stubs:
Zeros Are Inaccurate
On a fake pay stub, you might observe that the zero is an “O” instead of a true zero. Although it’s a solid attempt, anyone paying close attention will see this immediately away. It’s unlikely that a legitimate company or place of employment would commit such a ludicrous error.
Numbers Are Rounded Up
It’s improbable that someone’s pay, displayed on a pay stub, will have a round figure due to deductions and pay rate. Therefore, if a pay stub claims to have earned $2,000, you may want to question its veracity.
The Math Is Incorrect
You should check the data on a pay stub and perform the calculations. Pay Stub isn’t verifiable if the year-to-date pay or the net pay is erroneous when you calculate them. Alternatively, there is a tonne of work for the employer tremendous do!
Missing Information
You can find that some important details are missing if you compare a real pay stub to a fake one. Real pay stubs will include information, such as net pay, gross pay, deductions, name, social security number, and year-to-date earnings (among other things potentially). Some or all of this information can be missing from a fake pay stub.
The Document Appears Incorrect
Simply put, the pay stub may not seem professional. The text font and the document styling could ruin its professionalism and overall appearance.
In addition to these aspects, if a potential tenant or loan applicant refuses to produce a pay stub or exhibits uneasiness with their pay stubs, they are likely to be unreliable. Of course, it won’t always be the case, but it is a warning to be aware of.

How Else Could Your Income Be Verified?

Pay stubs are no longer a requirement by a bank to confirm a person’s work status and income. They are now choosing an e-verify procedure, which contacts a person’s employer and confirms or rejects assertions of income and employment. It might become a little more difficult for self-employed people, but not impossible. Giving a copy of their tax return is preferable (specifically, Schedule C).
In addition to these techniques, you can attempt to confirm your income by:
Check W2s: W2 Form discloses the details of your employment and compensation. The document is challenging to forge.
Employer Letter: Also known as an employment verification letter, this can attest to your employment and pay. In case someone wants to verify the validity of the letter, they should contact the employer.
Bank And Social Security Statement: These declarations might serve as proof of an individual’s cumulative earnings.
IRS Form 1040: Taxpayers use this form to submit and handle their annual tax returns.
You can try to google the person’s claimed place of employment and directly contact them if you’re a landlord or lender and you’re unsure whether any of these provided documents are authentic. You can also try to request the person’s bank while they are with you. They could not be providing you with the complete truth if they do not want you to use this method to confirm their assertions.

It may surprise you that there is no federal requirement for companies to give pay stubs. If someone claims that they do not have one, it’s likely that they are misleading you. The Fair Labor Standards Act governs the legislation, and state laws and regulations control everything else.
An employer keeps an accurate record of each employee’s hours worked and compensation, but the employee is not allowed to see it! There are nine states where providing a pay stub is not mandatory. As follows:
1. Alabama
2. Arkansas
3. Florida
4. Georgia
5. Louisiana
6. Mississippi
7. Ohio
8. South Dakota
9. Tennessee

A bank can probably distinguish between a real pay stub and a phony one, even though they cannot check your pay stub. Try obtaining something else, such as an employment verification letter or tax return, if you need to show proof of your employment and income. 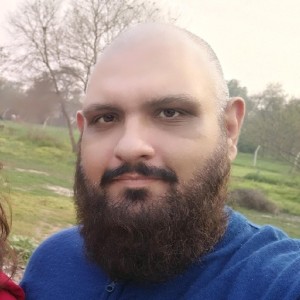 The world of dining has changed. People are more health conscious and want to know what’s in their meals before ordering. As a result, restaurants

How to Get a Pay Stubs From Your Old Job

If you’ve lost your job, you may need to ask for copies of your previous pay stubs. This will allow you to calculate how much

Payroll administration entails more than merely compensating employees for their time. Additionally, it requires figuring out Washington payroll taxes and abiding by all provincial and federal labour laws. Examine the relevant laws for Washington listed below to assist you in adhering to payroll regulations.